The Office of Low Emission Vehicles (OLEV) has announced the reduction of both its workplace charge scheme and it Home charge scheme.

Currently eligible EV car owners are able to claim £500 towards the purchase and install of a charger at home. From the 1st April 2020 this will be reduced to £350. OLEV claim this means they will be able to help more people.

“The change in the grant will enable twice as many people to benefit from a grant (from 30,000 to 57,000 under the EVHS). This will support the expected increase in the update of electric vehicles.”

Is the grant really worth having at all? With the cost of the installation and chargepoints having risen last year due to the new regulations, (chargers needing to be smart new electrical regulations), and the amount of paperwork and hoops that installers have to jump through to claim the money back it begs the question would the money not be better spent elsewhere?

Let’s be brutally honest about it if you are spending between £25K and £100K on an electric vehicle is a £350 grant really going to be the deal breaker? Would the money not be better spent on schemes to improve the infrastructure of public facing chargers in local communities and towns especially in more rural areas of the country where there are huge blackspots in the charging infrastructure? Although the home charge scheme is very laudable it does little to encourage most people to change to electric vehicles, is a headache for installers and should be scrapped as soon as possible.

OLEV have also announced the reduction of their Workplace charge scheme from £500 to £350. They have however doubled the number of chargepoints that businesses can claim for. Previously the scheme allowed eligible businesses to claim for up to 20 points (£10,000). Under the new scheme businesses will be able to claim for up to 40 point at a reduced level of £350 (£14,000). Having spoken to many companies about their charging needs and what they feel about the grants I think you would get a far greater uptake on the grant scheme if they had increased the grant and reduced the number of chargers you could claim for. Surely the idea is to encourage workplaces to install a few chargers to get the ball rolling to encourage uptake of electric vehicles. Most SME’s I am sure would prefer more capital towards the purchase and installation of chargepoints and how many are actually going to install 40 points?

More from the blog… 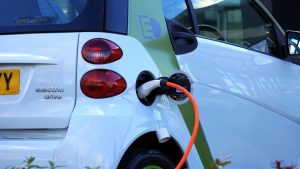 Why do you need an Electric Vehicle Charger? 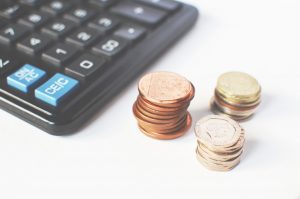 OLEV Grant Scheme – Everything You Need To Know